Meet our board of Directors

Many Faces, Many Voices, One Goal...Care 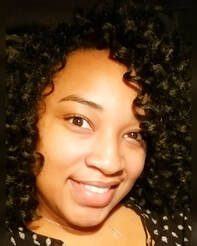 Glennis Davis Glennis is a native Charlottian who strives to find ways to serve, and make meaningful contributions to the deserving people and beautiful city they she calls home. Glennis Davis knew from an early age that she was called to serve others. With 12 rewarding years as a Registered Nurse, Glennis has spent over half her nursing career in the public sector serving thoes in need. She has a passion for all people, namely children, the women who bare them, the men who father them, the families that help raise them, and the individuals that make up the community in which they live. In 2018 she decided to take a huge step towards fulfilling her purpose, she co-founded A Giving Heart Project, Inc! Glennis proudly and diligently serves as Director/Board President of A Giving Heart Project, Inc. Glennis is honored to be a wife to an amazing and supportive husband, mother to two incredibly awesome boys, daughter to the strongest women in the world and the most dedicated and motivational father a women could have, sister to THE best sister and brother in law in the world, and friend to some of the most inspiring and encouraging individuals you will ever meet. 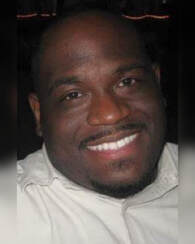 Kevin has a passion encouraging people, helping those in need, and serving his community. He is a graduate of Strayer University, Graduated with a B.S. in Information Systems, Minor in Network Security. Kevin currently works as a Senior Auditor for a major bank located in Charlotte, NC. He is also a husband and a father, and puts God and family first. Kevin also has a passion for architecture and is Part Owner of Davis Legacy, LLC which is a newly developed rental and leasing firm located in the Charlotte Area. 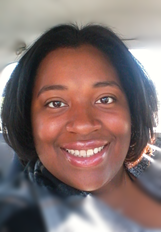 
​Glennia Elijah is a family oriented person with a passion to help other in need. She is a graduate of  North Carolina Agricultural and Technical state University with a B.A. in Mass Communication. The mother of one was born and raised in the Queen City, Charlotte. She Currently works as a  Quality Control Manager for Charlotte Area Transit System.. In her youth she had an intense interest in the care of animals which has led her to a minor endeavor in pet boarding.  She has always had an interest in the well-being of those in need. In her current career with CATS she assists in resolution for her customers with Transit relate issues, as well as provide Customer Service training for CATS operator. 
​Savannah Anderson is the CEO of Final Draft Healthcare Solutions, PLLC. She holds a Master of Science in Nursing (MSN) degree from the University of North Carolina-Charlotte (UNCC), a Bachelor of Science in Nursing (BSN) degree from North Carolina A&T State University. She has served as a mentor for female youth and has served as a volunteer for public schools in multiple counties in North Carolina. She enjoys volunteering with the homeless population and mentoring the youth. She is an active advocate for breastfeeding, breast cancer, and domestic violence.